About birds and visions.

Abu Ali
These images and text  by Abu Ali are part of the book  Loving Effects a project by Toni Cots published by Ed. Quodlibet. Italy 2011. 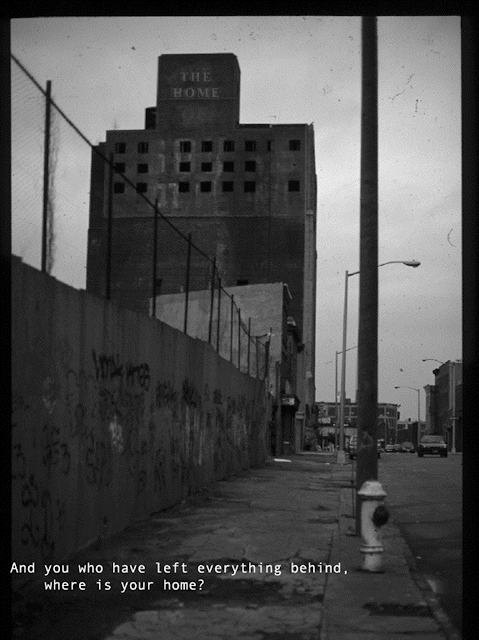 It happens here like when we try to stare at those little black spots that sometimes appear in our vision, they escape from the visual field, they quickly slip away, upwards, downwards, anywhere... seems we can only observe them sideways, looking at them indirectly... And so our vision is always ephemeral, we even come to doubt it. It's strange, only when we don't look do we see them. What is that thing that escapes our sight?
Likewise we can never really see our own face, but rather a reflection of it. And as much as we go closer to that image all we achieve is to fog up the surface of the mirror and our image will disappear into the mist of our own breath. And so it is better to keep the breathing calm. “Hold it, like a diver in the ocean. With the slightest movement the image in the mirror vanishes. But that which you most want, that for which you travel hoping to find, for that, lose yourself as lovers lose themselves and you will be it” (2).
Like moths attracted to firelight. Unavoidably driven by an internal force, without which they would not be what they are. They wonder about the nature of this phenomenon. The first one flits towards the fire and feels the heat like a wall of light and it tells itself, in all objectivity “this thing that is so appealing, is a fire”. The second one doesn't believe that something so mundane can have such an enormous effect on them and decides to go closer, to the point of scorching its wings and being blinded; “no, it is not a fire, it is a blinding sun, a thousand stars together, and the source of all light”. A third moth listens attentively, then takes flight and without a trace of doubt flies directly towards the flame, and before melting and disappearing into it manages to say “it's me!”.
We won't know any more than that. Perhaps it meant to say: “it's not the light, it's me, and now I find myself, now I am no more”. But no-one has come back from this journey. Or if they have done so, it can no longer be distinguished from other things, from the air, from ourselves. Only sometimes, in contemplation, in the stillness that allows the viewing, it seems to us that it is that tree, but in the same instant it is no longer the tree but your gaze, or the world that melts like an overexposed film... To love, here, is to disappear.
At dawn two cranes cross the dense city sky, weary with long flight; where do they go? ... How to imagine the beauty of the sunsets and rushes, the landscapes and falling shadows that they have lived, that have been? ... The eyes open and the world falls inside through them. The eyes open and the world emanates from them. Indistinguishable.
When we remain, when we affirm ourselves in our appearance, we become opaque, nothing can be seen through us, except that “apparent us”. That is the particular nature of our being, but sometimes, like the stone a child holds up to the sun, we become translucent or we breakdown the sunlight into a thousand colours which show us its secret, the hidden beauty in its light. And the curious thing is that it is the union of all those colours that gives back that intensity that lights up every appearance. Of the One and the Multiple. Any colour or appearance that we subtract or that we deny, will be subtracted from the intensity of that light.
So, the one in love, by surrendering, even if only for an instant, experiences their unforgettable freedom from oneself, the chamber of the heart becomes empty so that the loved one can enter and inhabit it. But in truth who is the loved one but the fleeting reflection of love in their eyes? The other, then, is the veil that reveals, which allows us to enjoy the ephemeral vision, for there, love, lover and beloved are but one. 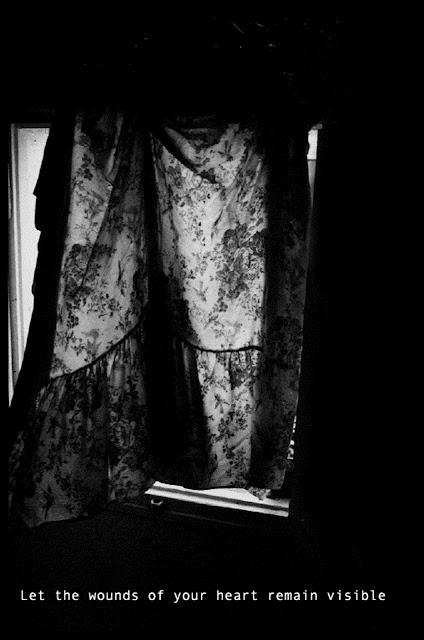 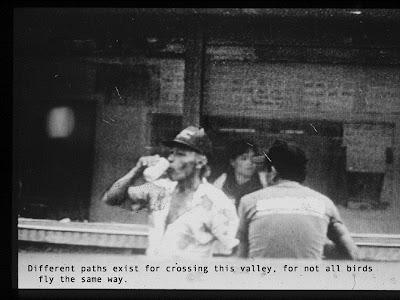 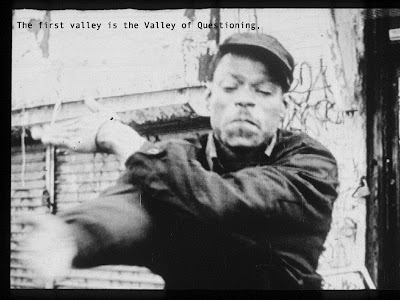 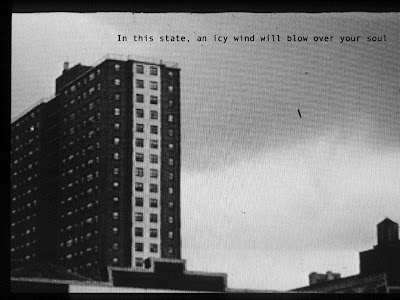 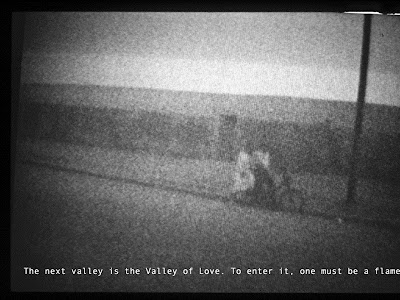 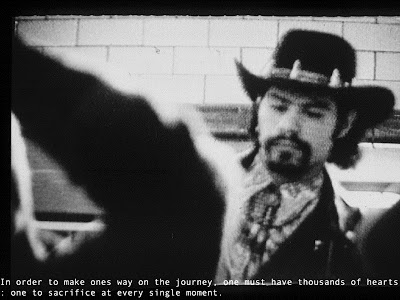 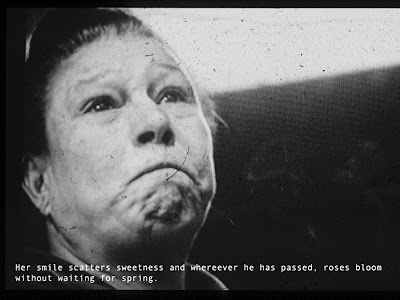 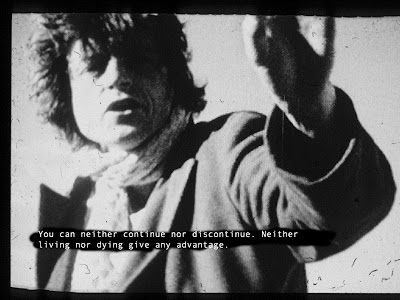 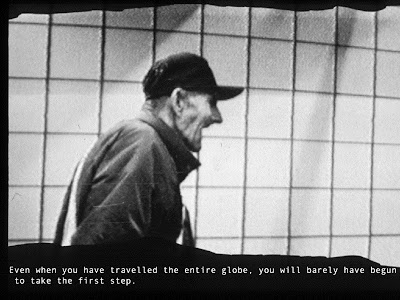 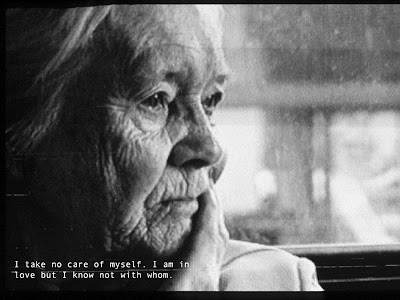 Some papers flying in the wind in an alley in Tangiers, the dance of the ephemeral, the fragility of the moment. Newspapers, plastic bags, tissues, all of them destined to disappear. But contemplation collapses the time of the instant and opens a door to another place without measure. Here it is the eternal dance of meetings and missed meetings; now between a newspaper and a plastic bag that touch each other, caught in a swirl of dust. The page of the newspaper opens, the bag capriciously comes to rest a moment on it, and they repeat the game, over and over. Someone passes by taking no notice of the scene, invisible without the state of contemplation. And there we feel that it is life that takes us, that carries us in its arms, that makes us find each other in the loss. All of the possibles and impossibles of our stories are there, luck is their need and chance is their destiny...

Second vision: Love is your destiny.

“My son don't be sad, love is your destiny”

My son you are 10 years old, I look at the life you have ahead of you and today it gives me vertigo. But it is not fair, perhaps because I am seeing it from my decline, I no longer have the drive that is becoming strong in you now, that is growing every day; this whirlwind of dust, but also of beauty that will take your life, like ours, like a leaf in the wind. Perhaps it was you and Jazmín who recently crossed the dense city sky...
I remember as if it were yesterday in the wastelands, you picked up a translucent stone that shone in the sun when you showed it to me and now I know that you are that star you were holding in your hands. 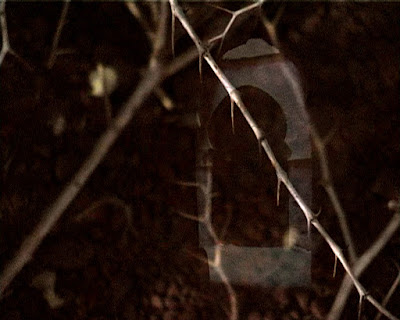 The most probable is that sooner or later we will meet in an apparently dry and arid wilderness. Unexpectedly our footsteps have left us there, all roads are possible, but none of them seem to lead anywhere. In our loneliness we find that contemplation is our only company, the quiet gaze shows us a quiet world, a world that slowly begins to show itself outside of the parameters of desire or functionality to be a world with no outside or inside. Now we understand better, that that which we see is no stranger to us and this journey takes on a diverse and interpretative sense. A small group of men appears in the distance, we go closer and follow them. One of them is a water diviner, he looks for water with an olive branch, his steps are quick, suddenly, as if receiving a blow he falters, and perhaps will fall, we fall...
On a dry bush in the wilderness a few small flowers have bloomed, our steps now pass over a path of dust, stones, brambles and acacia, crossing gates, and whispers, murmurs, or laughter of children...
Lying on the dirt, like the dirt, so that a well can open in our chest and consciousness can descend close to the heart, there we will see without words, with the sounds of heartbeat breathing, a reminder of the place we come from, of where we belong, from where appearance springs, like those clouds that form whimsical figures that linger only a moment...A search for what there is of life in us. The presence of that which makes us live. 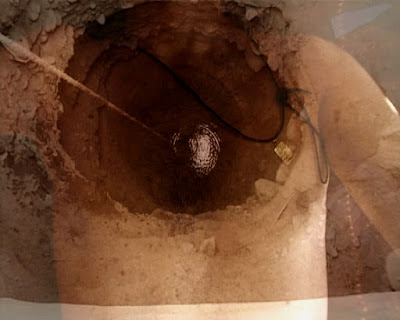